Sunni Brown Wilkinson
Sunni Brown Wilkinson holds an MFA from Eastern Washington University. Her previous work has been published in Red Rock Review, Tar River Poetry, Southern Indiana Review, Weber and other journals and anthologies. She won Honorable Mention in the Utah State Original Writing Competition for Poetry this year, and is a recipient of the Sherwin W. Howard award for poetry from Weber. She lives in Ogden, Utah and currently teaches composition and nature writing at Weber State University. She lives with her husband, Sean, and two young sons who are experts on dinosaurs.

Cindy St. Onge
Cindy St. Onge is the author of three collections of poetry (Grizelda Press): Curse of the Firstborn, Traffic Along the Ghost Roads, and Vigil. Her chapbook, The Gospel of

Self-Annihilation (Grizelda Press) will be released mid-December, 2013.
In 2012, her poems were shortlisted for the New Millennium Writings award and the Knightville Poetry prize. Her poems have appeared or are pending publication in New Millennium Writings, The New Guard, and Cactus Heart Press, and have been presented live for the Broken Word and Stonehenge reading series in her hometown of Portland, Oregon. 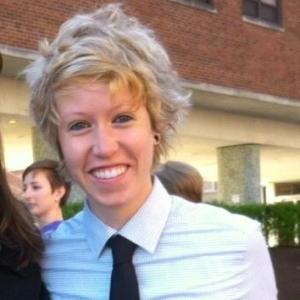 Lisa Summe
Lisa Summe was born and raised in Cincinnati, Ohio and earned her BA and MA in English at the University of Cincinnati. Her poems have appeared in Fourth River, Mead, The Licking River Review, and others. This year she received honorable mention in the Jean Chimsky Poetry Prize and was nominated twice for a 2014 Pushcart Prize. Currently an MFA candidate in poetry at Virginia Tech, she lives in Blacksburg, Virginia with her very handsome cat, Ozzy.

Jonathan Travelstead
Jonathan Travelstead served in the Air Force National Guard for six years as a firefighter and currently works as a fulltime firefighter for the city of Murphysboro. Having finished his MFA at Southern Illinois University of Carbondale, he now works on an old dirt-bike he hopes will one day get him to Peru.

She began writing serious creative work in the mid-90s. Poetry, stories and essays have won numerous awards and her work appear in The Denver Post, 5280, Nimrod, New Letters, The MacGuffin, Carve, Bayou, The Potomac Review, Harpur Palate, Connecticut River Review, The Examined Life, Pearl, Zone 3, The Iowa Review, and numbers of other journals and anthologies. A collection of nonfiction, The Mother Factor was a finalist in Zone 3, 2011. Two essays were nominated for the Pushcart.

She received the Rocky Mountain Women’s Foundation 1997/98; the Colorado Council for Arts, 2001; and the Helene Wurlitzer Foundation Grant, 2002.

To Quit this Calling, Firsthand Tales of a Pediatric Pathologist, was a Bakeless finalist, 2005; published by Ghost Road Press, 2006. AfterImage, a poetry chapbook, was a finalist and published by Plan B Press, 2006.

In 2013 an excerpt from her book Mind Riot appears in Solstice Literary Review. Her novella, Picaflores was a finalist in Iron Horse Review and a semi-finalist in the Faulkner-Wisdom competition. Accident won honorable mention in New Letters essay contest, 2013. Reception won first in Seven Hills Review creative nonfiction contest, published in 2014

Twelve poems have been accepted or published in 2013, in The Comstock Review, I-70, Broad River Review, The Seven Hills Review, Kaleidoscope, Switched on Guttenberg, and now The Poet’s Billow. She won first place in the William Faulkner-William Wisdom contest.