Lucile Horsley Blanchard began writing stories and poetry at Radcliffe where she studied physics. She married artist Alfred Blanchard, a Marine who served in the Second World War, and they had four children. Lucile has had short stories published in such literary magazines as The Antioch Review, Cimarron Review, The Laurel Review and Wesleyan Alumni Magazine. Her poetry has appeared in The Midwest Quarterly, Piedmont Literary Review, Kalliope, Calyx, Bryant Literary Review and Confrontation among others. She has won several poetry awards. Most recently she has published a memoir titled Turning Seventy.

Steven Blythe received his degrees in creative writing and philosophy from Georgia State University in 1998. Serving in the US Coast Guard as a Chief Machinery Technician, the seas have led him to Antarctica, Bahrain, Samoa, Colombia and Haiti. His work has appeared, or is forthcoming in, the GSU Review, American Poets Abroad, Permafrost Magazine, Conclave: A Journal of Character and the Tule Review. Currently, he divides his time between Cordova, AK and Houston, TX, where he lives with his wife Elisa and his two children, Evan and Olivia.

Elizabeth H. “Liz” Casey is a creative, technical, and copy writer living in Sedona, Arizona, with her husband, the composer Craig Casey. Elizabeth’s poetry and articles have been widely published. Her poetry chapbook, Breaking the Sacred, released under the pen name of Elizabeth H. Florio, was published in 1999. She currently runs a Motorcycle Touring company for women, Biker Babe Tours, in Sedona; manages a thriving blog, BigBodyBeautiful.wordpress.com; and telecommutes full-time as a Sr. Technical Writer for an IT company. In her free time, Liz can be found riding one of the many perfect Sedona, AZ roads on her purple and orange Harley-Davidson Street Glide or feverishly scribbling poems and articles at her desk.

Lawrence Eby lives, writes, and edits in Southern California and is the author of Flight of August (Trio House Press, 2014) which won the 2013 Louise Bogan Award. His work has appeared in Passages North, The Black Tongue Review, Arroyo Literary Review, Superstition Review, as well as others. He is the founder of Orange Monkey Publishing, a poetry press, and a founding member of PoetrIE, a literary non-profit in the Inland Empire of Southern California.  www.larryeby.com

Kathleen served as a Russian linguist in the US Army and later studied philosophy as an undergraduate in Oregon. Her writing deals with themes of addiction, exile, landscape and Christianity as sources of paradox and meaning-making. Kathleen’s poems and essays have appeared or are forthcoming in CURA, Dappled Things, The Legendary, Saint Katherine’s Review and elsewhere. In 2013, she was a finalist for the Pangaea Prize in poetry and received first place in the Paper Gardens Writing Contest in 2011. She is currently an MFA candidate at UC Riverside, where she is working on her first book of poetry. 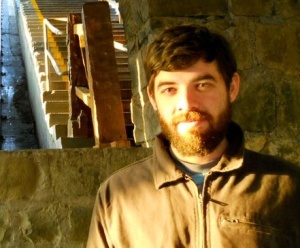 Lucian Mattison is the author of “Peregrine Nation,” which will be released by Broadkill River Press in mid December of 2014. His work has appeared in Bodega, The Boiler, Everyday Genius, Hobart, and Muzzle Magazine, among others. He edits poetry for Green Briar Review and Barely South Review. He is currently pursuing his MFA at Old Dominion University. Email him at Lucian.c.mattison@gmail.com

Devon J. Moore is a native of Buffalo, NY. She currently lives in Syracuse, NY where she teaches writing at Syracuse University and Le Moyne College. A former Syracuse University Fellow, she has an MFA in Creative Writing from Syracuse University. Her poems have appeared in Gulf Coast, Foothill, Ovenbird, Cider Press Review, Harpur Palate and Stone Canoe and her first poetry book, Apology of a Girl Who Is Told She Is Going to Hell, which was once a semi-finalist for the 2013 Crab Orchard First Book Award and the University of Wisconsin Press Brittingham and Pollak poetry series, is now forthcoming from Mayapple Press in April 2015. 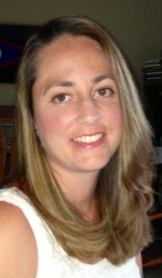 Alison Palmer’s poetry has appeared in FIELD, The Laurel Review, Cannibal, Best New Poets 2010, will be featured in the upcoming issue of Box of Jars, and was accepted by Natural Bridge for their fall issue. She was recently a Finalist for The Poets Billow Bermuda Triangle Prize.

Alison received her MFA from Washington University in St. Louis where she was nominated for the 2007 and 2008 AWP Journals Project. A graduate of Oberlin College with a BA in Creative Writing, Alison was awarded the Emma Howell Memorial Poetry Prize. She also attended the Bread Loaf Writers’ Conference in August 2012. Alison is currently at work on two collections of poetry, Earth and Green and Most Humanly.

Adrian S. Potter writes poetry and short fiction. He is the author of the fiction chapbook Survival Notes (Červená Barva Press, 2008) and winner of the 2010 Southern Illinois Writers Guild Poetry Contest. Some publication credits include Interrobang?!, Clare, burntdistrict and Ayris Magazine. Additional propaganda can be found at http://adrianspotter.squarespace.com/.

Kelly Scarff lives in Greensburg, Pennsylvania, where she works as an editor and a part-time college instructor. Her poems have appeared in print and online in numerous journals and anthologies. Her chapbook, I Fall in Love with Strangers, is available from Liquid Paper Press.

Theodora Ziolkowski’s work has appeared or is forthcoming in Prairie Schooner, SHORT Fiction (England), and Gargoyle Magazine, among other journals and anthologies. A chapbook of her poems, A Place Made Red, is forthcoming from Finishing Line Press. She lives in Alabama with her husband Daniel and their tortoiseshell cat, Circe.