JP Allen is an MFA candidate at Johns Hopkins University. His poems in English have appeared or are forthcoming in Tinderbox, Cactus Heart, After the Pause and elsewhere. A series of his bilingual micro-stories appears in Minificción y Nanofilología (Iberoamericana-Vervuert 2016).

Erin Armstrong received her MFA from The University of Arizona in 2011. Her work has appeared in The Blue Guitar, FoundPolariods, Marco Polo Magazine, The Museum of Americana: a literary review, InkinThirds, Harmony Magazine, Friday Flash Fiction and is forthcoming in Fiction Southeast and Black Heart Magazine. Additionally, she writes a weekly poetry series for Channillo. She lives in Seattle, Washington.

June Blumenson lives in Minneapolis where she curates a

poetry reading series, occasionally teaches poetry classes and is a member of Minnesota Poetry Therapy Network and The Loft Literary Center. Her work has appeared in more than a dozen journals including Adana, Boston Literary Magazine, French Literary Review, Comstock, Literal Latte contest and San Pedro River Review. She was a finalist for Nimrod’s Pablo Neruda Prize for Poetry and her award winning poem “Dogs of War” was posted in the Mpls Institute of Art near the inspiring sculpture Some/One, constructed of dog tags, by sculptor Do-Hu Suh.

L.I. Henley was born and raised in Joshua Tree, California. Her work has appeared in RHINO, Hayden’s Ferry Review, Main Street Rag, Askew and other places. Her two chapbooks, Desert with a Cabin View and The Finding, are both available from Orange Monkey Press. Her full-length collection of poetry, THESE FRIENDS THESE ROOMS, will be available through Big Yes Press in September 2016. She is the recipient of the Duckabush Prize in Poetry, The Orange Monkey Publishing Prize, and the Academy of American Poets University Award. Despite having three autoimmune diseases, Lauren loves to lift weights and hike with her husband, poet Jonathan Maule. She also loves to cook, talk to people about nutrition and fitness, and inspire her college students to love reading.

Daniel Lassell is the winner of a William J. Maier Writing Award. His work has appeared recently or is forthcoming in Slipstream, Atticus Review, Pembroke Magazine, Hotel Amerika, Split Lip Magazine, Reunion: The Dallas Review, and New Poetry from the Midwest. He lives with his wife in Fort Collins, Colorado.

Whitney Mackman composes poems while running in New Orleans and then forgets the best lines by the time she gets home. She is a writer, teacher, and adventure specialist who dreams of living in a tree house and mountain biking all over the world. She teaches Creative Writing at Tulane University and is a mountain bike coach in Boulder, CO during the summer. Her travel writing can be found on noadventure.com, airplanereading.org, and wesaidgotravel.com; some of her poems can be found in Apalachee Review, Sliver of Stone, espresso ink, Mutabilis Press, and Furious Season. Her recent interview with the late, great Dr. Maya Angelou can be found on The Rumpus.

Catherine Cobb Morocco published her first book of poetry, Moon without Craters or Shadows in 2014 (Aldrich Press). Some poems from Home Front appear in her recent chapbook, Prairie Canto (Dancing Girl Press, 2016). Her poems are also published in The Massachusetts Review, The Spoon River Poetry Review, Prairie Schooner, Salamander, The Sow’s Ear Poetry Review, The Hamilton Stone Review, and CALYX, and in collections, Island Voices II. Poetry of Monhegan (Stone Island Press) and Unlocking the Poem (Riccio and Siegel, Editors). Catherine is the first author of two books for educators, with Jossey-Bass and Teachers College Press, on using writing to teach for deep content understanding with adolescents. She grew up in South Dakota and lives in Newton, Massachusetts.

Amy Nawrocki is the author of five poetry collections, including Four Blue Eggs and Reconnaissance, released by Homebound Publications. Her work has appeared in many print and online publications including Fox Adoption Magazine, Sixfold, Coastal Connecticut Magazine, The Loft Poetry Anthology, Reckless Writing Anthology, and Wildness: Voices of the Sacred Landscape. She teaches literature, composition, and creative writing at the University of Bridgeport and lives Hamden CT with her husband and their two cats. 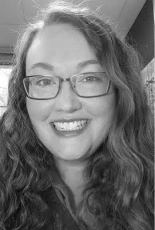 JC Reilly writes across genres and has received Pushcart and Wigleaf nominations for her work. She serves as the Managing Editor of the Atlanta Review and has pieces published or forthcoming in POEM, Hawai’i Pacific Review, New Flash Fiction Review, the Arkansas Review, the Magnolia Review, and Rabbit: a Journal of Nonfiction Poetry (Australia). Read her (sometimes updated) blog at jcreilly.com or follow her @aishatonu.

Brett Salsbury is a goat. Originally from Kansas, he now roams the neon-lit lands of the Las Vegas Valley after completing an MFA at UNLV. He guides tours of a retired casino sign collection, and is a reader for Helen: A Literary Magazine. His work can be found in Foothill, Poetry City, USA, Posit, and Words Dance Publishing. 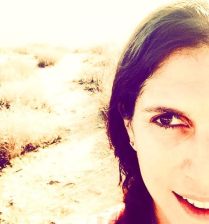 Arielle Silver spends half her life trying to find the right words, the rest playing music and baking pies. Her essays have recently appeared or are forthcoming in Brevity, Gulf Stream, From Sac, and Lilith Magazine. She is currently at work on two books: Shiva: A Memoir Concerto, about love, childlessness, and stepmothering, and an historical novel set in the bebop and burlesque world of New York in the 1940s. She received her MFA from Antioch University Los Angeles, where she serves as Editor-in-Chief of the literary and art journal, Lunch Ticket.

Caroline Tanski is a writer and library assistant in greater Boston. She earned her MFA in Creative Writing from Chatham University, and her work has appeared in Crab Orchard Review, Knee-Jerk Magazine, and Permafrost, among other publications.

Jonathan Travelstead served in the Air Force National Guard for six years as a firefighter and currently works as a full-time firefighter for the city of Murphysboro, and also as co-editor for Cobalt Review. Having finished his MFA at Southern Illinois University of Carbondale, he also turns a lathe, crafting pens under the name Scorched Ink Penturning. His first collection “How We Bury Our Dead” by Cobalt Press was released in March, 2015, and his “Conflict Tours” is forthcoming in Spring of 2017. 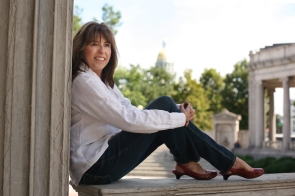 Gail Waldstein, M.D. was a pediatric pathologist for over 35 years and began writing fiction, nonfiction, and poetry in the mid-nineties. She is the author of To Quit this Calling, Firsthand Tales of a Pediatric Pathologist, AfterImage, and The Hauntings. She received fellowships and awards from the Colorado Council for the Arts, the Helene Wurlitzer Foundation, the Rocky Mountain Women’s Foundation, Pushcart, and the William Faulkner/William Wisdom competition. Her work appears in Nimrod, New Letters, Alligator Juniper, The MacGuffin, Carve Magazine, The Potomac Review, Harpur Palate, Zone 3, The Iowa Review, and numerous other journals and anthologies.

Cassondra Windwalker earned a BA of Letters from the University of Oklahoma. She pursued careers as a bookseller and a deputy sheriff, fields which intersect more than most people suspect. Her poetry, short stories, and essays have appeared in literary and national journals and art books. She now writes full-time from the plains of Colorado. You can contact her at www.facebook.com/cassondrawindwalkerwrites. 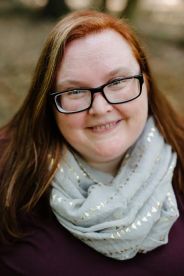 Sarah Ann Winn’s writing has appeared widely in many publications, online and in print. Her first full length poetry collection, Alma Almanac, won the 2016 Barrow Street Book Prize and will be published by Barrow Street Press in 2017, and she is the author of four chapbooks: Portage (Sundress Publications, 2015), Haunting the Last House on Holland Island, Fallen into the Bay (Porkbelly Press, 2016), Field Guide to Alma Avenue and Frew Drive (Essay Press, 2016), and Ever After the End Matter (forthcoming, Hermeneutic Chaos Press). Other work has appeared in such journals as Codex, Five Points, Hayden’s Ferry Review, Massachusetts Review, and Tupelo Quarterly. Sarah currently serves as Reviews Editor for Tinderbox Poetry Journal and is the founder of Poet Camp, a roving residency for women writers. She lives in Manassas, Virginia, where she teaches poetry workshops and lives with her husband, two lovely dogs, and one bad cat. 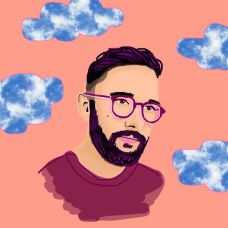 Lisa Zou has previously been published in Burningword and Sierra Nevada Review. Her writing has been twice recognized by the YoungArts Foundation and Johns Hopkins University. She currently studies at the University of Pennsylvania.