auren Boisvert is a senior creative writing major at the University of Central Florida. She has been previously published in print and online inMochila Review, Young Writers Anthology, The Broken Plate, and YARN. One time she walked really close to David Sedaris and it’s her favorite story to tell at bars.

David R. Bublitz is the son of a veteran. He completed an MFA at the Oklahoma City University Red Earth program. He is a founding editor of the Red Earth Review, and he has published poetry in CONSEQUENCE, 0-Dark-Thirty, and Proud to Be: Writing by American Warriors. He teaches journalism courses at Cameron University in Lawton, Oklahoma, while advising for the student-run CU Collegian newspaper.

Rob Carney is the author of four books and three chapbooks of poems, most recently 88 Maps (Lost Horse Press 2015). He is the winner of the 2013 Terrain.org Poetry Prize and the 2014 Robinson Jeffers/Tor House Foundation Award for Poetry. His work has appeared in Cave Wall, Mid-American Review, and many other journals, as well as Flash Fiction Forward (Norton 2006). He is a Professor of English at Utah Valley University and lives in Salt Lake City.

Evelyn Conley resides in Kentucky, and is currently pursuing her MFA at Murray State University. Her work has been featured in ZOmagazine, and The New Madrid. 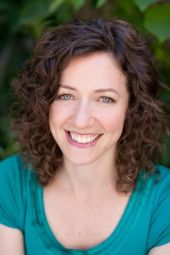 Nikki Paley Cox taught writing and rhetoric at the University of Illinois at Chicago for over a decade. She writes poems and plays, and now she’s working on a movie. Her work has been published in Painted Bride Quarterly, Hanging Loose, Another Chicago Magazine, Gertrude, and others. She holds an MFA from Emerson College. 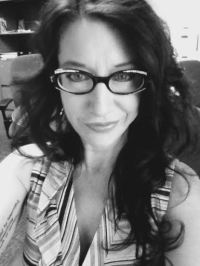 Rosemarie Dombrowski is the co-founder of the Phoenix Poetry Series and a host of the monthly literary salon, Get Lit. She also serves as the editor-in-chief of the undergraduate writing journal on ASU’s Downtown campus and as a poetry editor for the Phoenix-based literary magazine, Four Chambers.

Her first collection of poetry, The Book of Emergencies, was published by Five Oaks Press in 2014.  In the past year, her work has also appeared in Hartskill Review, A Clean, Well-Lighted Place, The Huffington Post, and The Review Review.

She is currently a Lecturer of English at ASU’s Downtown campus where she teaches classes such as Lady Gaga & the Poetic Ideology of Otherness and Radical Rebellions: American Underground Poetry from 1850-present. 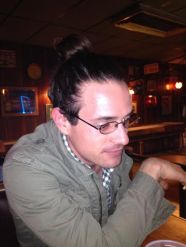 Derek Graf is the author of the chapbook What the Dying Man Asked Me, available through ELJ Publications. In 2014 he was nominated for a Pushcart Prize. His poems have appeared in Portland Review, The Boiler Journal, and Radar Poetry.

Tasha Graff lives, writes and teaches on the coast of Maine. Her poetry has appeared in such publications as English Journal, From the Fishouse, Word Riot andEpigraph Magazine. Her chapbook Similarities is available from Finishing Line Press. Her favorite independent bookstore is Longfellow Books in Portland, Maine.

Nancy Hewitt‘s chapbook “Heard” was published in 2013 by Finishing Line Press.  She holds an MFA from Vermont College of Fine Arts, and her poetry has appeared or is forthcoming in Mid-American Review, Prism Review, Phoebe, The Comstock Review, Off the Coast, Poet Lore and other journals.  Her awards include the Nancy Hargrove Editors’ Prize for Poetry from Jabberwock Review and a Pushcart Prize nomination.  She is a clinical social worker who for over 30 years has maintained a private psychotherapy practice in Salem, MA, and is the first Poet Laureate of Swampscott, MA.  She divides her time between Swampscott and East Randolph, VT. 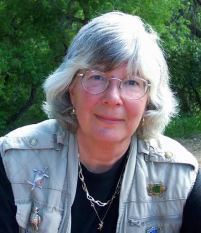 A nine-time Pushcart-Prize nominee and National Park Artist-in-Residence, Karla Linn Merrifield has had over 500 poems appear in dozens of publications with twelve books to her credit, the newest of which, from FootHills Publishing, is Bunchberries, More Poems of Canada, a sequel to her award-winning Godwit: Poems of Canada (FootHills). She is assistant editor/ poetry book reviewer for The Centrifugal Eye. Visit her blog, Vagabond Poet, at http://karlalinn.blogspot.com.

ast Review, Silver Birch Press, Cider Press Review and in anthologies most recently by Pankhearst Press. She is the winner of the Southeast Review’s 2014 Gearhart Poetry Prize, and her work was selected for “The Best Small Fictions of 2015” anthology. Catherine’s chapbook “Story” is available with Finishing Line Press. She earned a Master of Fine Arts in Creative Writing from the University of Tampa, and moved to the Nashville area where she enjoys a thriving arts and writing community. She currently is a Poetry Co-Editor at Toe Good Poetry and reviews poetry books for literary journals. Catherine also volunteers as a literacy tutor. She is tweetable @CatPoetic.

Lisa St. John is a high school English Teacher who has occasionally published poems. Her newest endeavors include several short stories, a novel in progress and, of course, poetry. Her first chapbook, Ponderings, is in prepublication with FinishingLine Press. When she is not reading or writing longer pieces, Lisa enjoys thinking out loud on her blog. She lives in the beautiful Hudson Valley of upstate New York where she calls the Catskill Mountains home. Lisa has published her poetry in the Barbaric Yawp, Bear Creek Haiku, MisfitMagazine and PKA’s Advocate. She also has several travel articles posted on GoNomad.com Blog link: lisastjohnblog.com

Jen Karetnick is the author of three full-length poetry collections, including two forthcoming: American Sentencing (Winter Goose Publishing, May 2016) and The Treasures That Prevail (Whitepoint Press, September 2016). She is also the author of four poetry chapbooks and the editor of two anthologies. Her work has been published widely in outlets including TheAtlantic.com, Guernica, North American Review, Poet’s Market 2013, Poets & Writers, Prairie Schooner, River Styx and Spillway. She works as the Creative Writing Director for Miami Arts Charter School and as a freelance dining critic, lifestyle journalist and cookbook author, most recently of Mango(University Press of Florida, 2014).

Libby Kurz is a registered nurse, US Air Force veteran, and a recent graduate of National University’s MFA program. This is her first published poem. She lives with her husband and three children in Virginia Beach, Virginia.

Alison Palmer’s poetry has appeared in FIELD, The Laurel Review, Cannibal, Best New Poets 2010, Box of Jars, Poet’s Billow, Natural Bridge, The Bellevue Literary Review, Cimarron Review and FOLIO. Alison was a finalist for The Poet’s Billow’s Bermuda Triangle Prize, as well as their Pangaea Prize. She has a poem forthcoming in Bear Review, and her collection, Aren’t We Lovely in Our Suits of Armor, was a semifinalist for Persea Books: Lexi Rudnitsky First Book Prize in Poetry. Alison received her MFA from Washington University in St. Louis where she was nominated for the 2007 and 2008 AWP Journals Project. A graduate of Oberlin College with a BA in Creative Writing, Alison was awarded the Emma Howell Memorial Poetry Prize. She also attended the Bread Loaf Writers’ Conference in August 2012.

d. ellis phelps, poet-novelist and painter is the author of Making Room for George (Balboa Press, 2013) and of the blog, formidable woman: toward a culture of

For forty years, she has facilitated experiences in the creative arts with students of all ages and is currently poet-in-residence faculty for San Antonio’s literary organization, Gemini Ink.  Further, she maintains a private practice in the healing arts. She holds a BFA from the University of Texas at Austin.

I am a retired university professor with fervor for poetry.  In January I completed an MFA program in poetry from Vermont College of Fine Arts.  I find invigorating the change in focus from college teaching and research to reading and writing poetry.

Bill Snyder has published poems in Atlanta Review, Poet Lore, Folio, Cottonwood, and Southern Humanities Review among others. He was the co-winner of the 2001 Grolier Poetry Prize, winner of the 2002 Kinloch Rivers Chapbook competition; The CONSEQUENCE Prize in Poetry, 2013; the 2015 Claire Keyes Poetry Prize. He teaches writing and literature at Concordia College, Moorhead, MN.

Teresa Sutton is a poet and a teacher.  She lives in Poughkeepsie, NY, and teaches at Marist College and Roy C. Ketcham High School in Wappingers Falls, NY. She has two grown children. Her first chapbook, “They’re Gone,” was published in 2012 by The Finishing Line Press. Her second chapbook, “Ossory Wolves,” was a finalist in the 2014 Bright Hill Press’ Poetry Chapbook Competition and will be published by Dancing Girl Press in the fall of 2016.
Her third chapbook, “Breaking Newton’s Laws,” is forthcoming in the fall of 2016 from The Finishing Line Press and was a top-12 finalist in the 2015 Indian Paintbrush Chapbook Competition and earned an honorable mention in the 2015 Concrete Wolf Poetry Chapbook Competition.

She earned her MFA from Solstice Creative Writing Program at Pine Manor College. She has a MA in literature from Western Connecticut State University and a MS in education from SUNY New Paltz. She earned her BA in English from SUNY Albany.