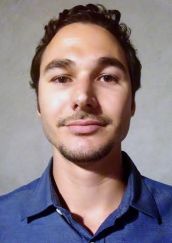 Congratulations to Greg Emilio for his group of poems titled “Bon Vivants Hereafter” which won the 2015 Pangaea Prize. What an awesome set of poems! Selected by Mike Dockins.

Greg Emilio is a Southern California native whose poetry and essays have appeared in Miramar, Pleiades, Spillway, andWorld Literature Today, among others.  He’s currently pursuing his PhD in English at Georgia State University in Atlanta.  He also fancies himself a decent bartender.

Leave a Reply to A @ moylomenterprises Cancel reply